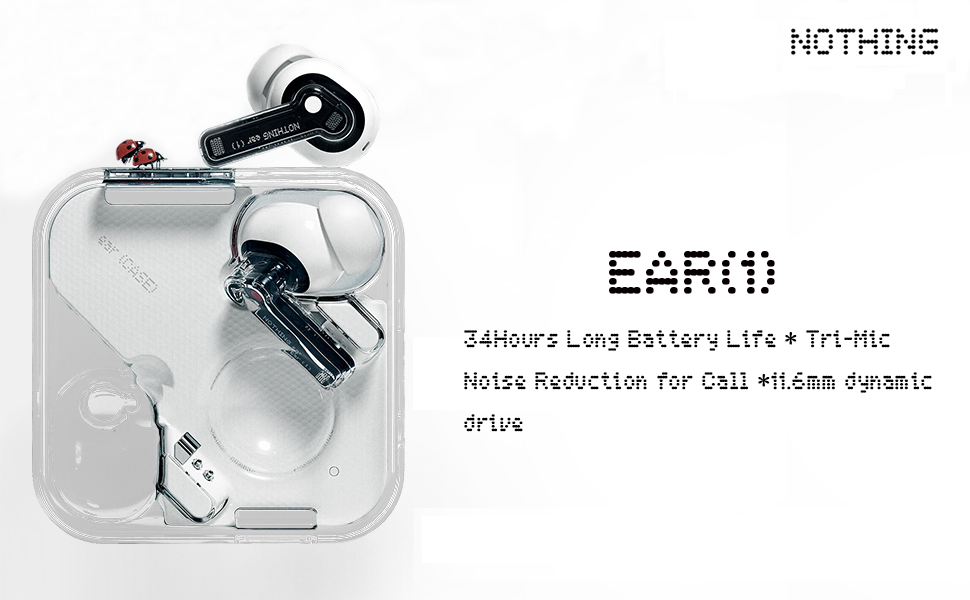 Bluetooth earbuds are becoming increasingly popular, as they offer a wire-free listening experience. AirPods have been the dominant player in this space, but a new startup called Nothing is hoping to change that. Nothing is based in London and is offering good sound and interesting design at a budget price. The company has raised $5 million in seed funding from investors including iPod inventor Tony Fadell, Twitch co-founder Kevin Lin, Reddit CEO Steve Huffman, and YouTuber Casey Neistat.

The specs: what makes the Nothing Ear 1 special?

Aside from being a supra-aural version of the AirPods Pro, the new Nothing 1 ear do not break the mold with stalks and silicone tips. But they set themselves apart by being partly translucent, enabling the user to see certain aspects of the inside.
With its transparent square box, exposed hinges, power points and magnets, Ear 1 positively stand out with its black, transparent, angular square front panel. The microphones, written in green dot-matrix, are slanted, and the circuit boards are visible.
There's likewise a red dot on the right-hand ear pad to remind you where which side to put on. The Ear 1 stand out and grab your attention, which is not shocking when you consider how much work Teenage Engineering put into creating this model.

The case is a bit larger than that of the Airpods Pro earbuds, but not so large that it becomes inconvenient to carry around. Its build-in battery allows for 4-6 hours of playtime before needing to recharge, and the Type-C charging cable may be inserted into the case for recharging up to six times. In a nutshell, it's able to charges via USB-C or wirelessly charge using the Qi charging standard.

The active noise-cancelling feature was also effective at filtering out both high-pitch sound as well as low tone environmental noise. The ambient awareness mode sounds natural. This is helpful when you need to carry on a conversation or listening to music in the MRT.