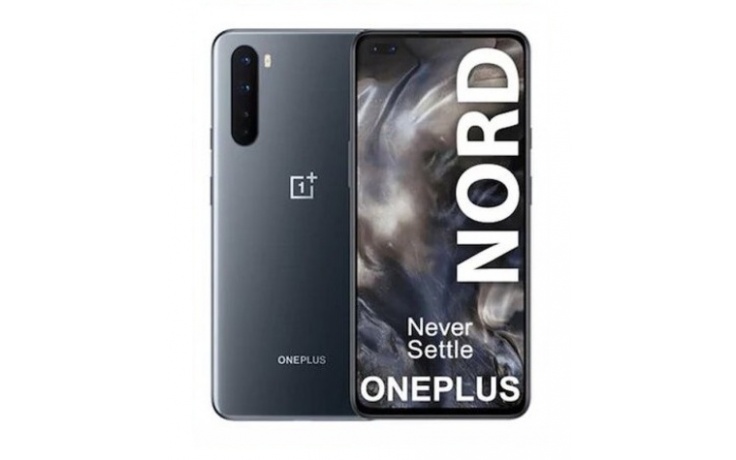 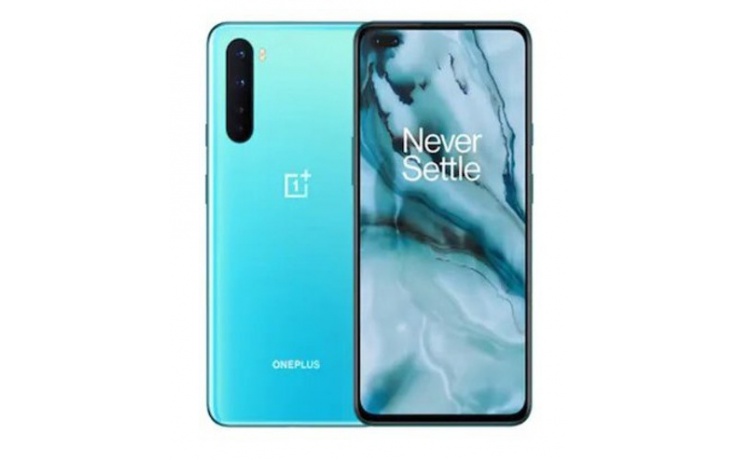 The OnePlus Nord signifies a triumph return to the Flagship killer scene with a mixture of design, cost vs performance and quality that stood out among the crowd when it first introduces the Oneplus One in 2014. Inside the hood, the phone is packed with a versatile quad-camera system, a powerful processor, and an appealing AMOLED screen offering great user experience, all wrapped up into one sleek body that it feels great on the hand.
Besides offering value for money feature, the ONeplus Nord is well-designed and feel sturdy as your daily driver. So who is to say you can`t have the best of both worlds? Here’re the key specifications of the Nord that would help you understand why it’s the most-anticipated smartphone of this year. 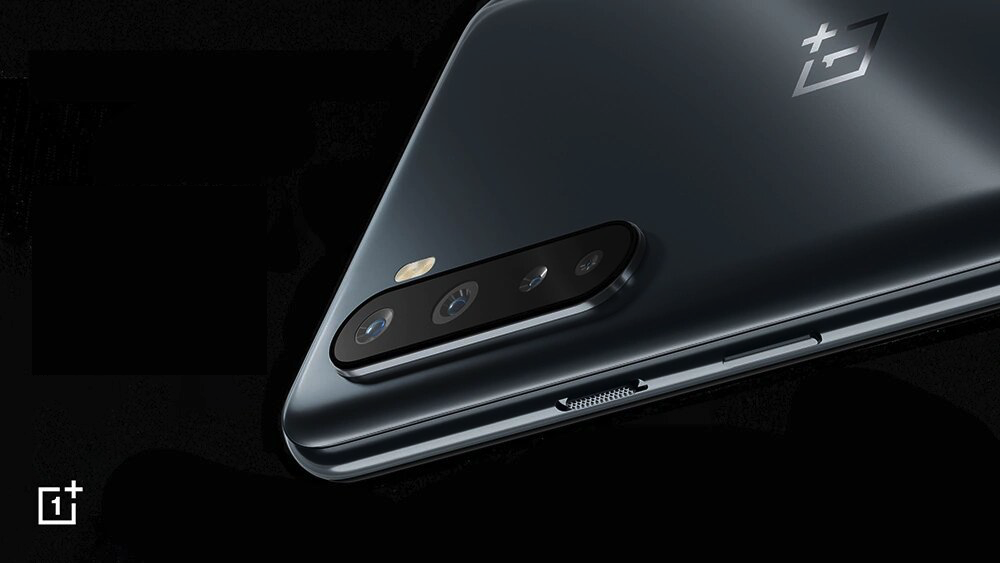 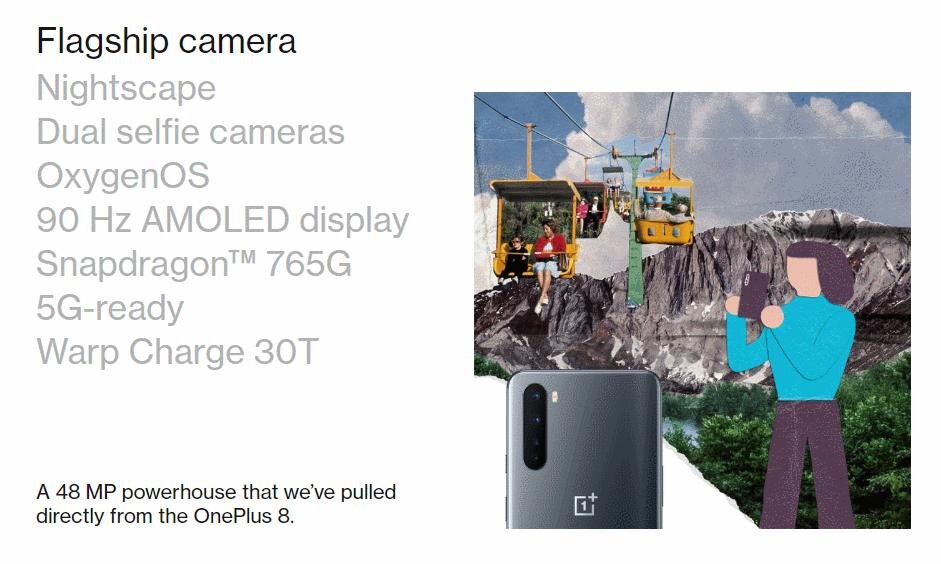 Despite not being the company’s flagship product, the Nord brings an all-new offering to the table – it comes with a quad-camera setup on the back and a dual-camera setup at the front.
The 48MP primary rear camera might reminds you of the OnePlus 8, one of the flagship phones of the company. It’s a Sony IMX586 sensor featuring an f/1.75 aperture supported by both EIS (electronic image stabilization) and OIS (optical image stabilization), which means you’d be able to capture extraordinary photographs with great details. 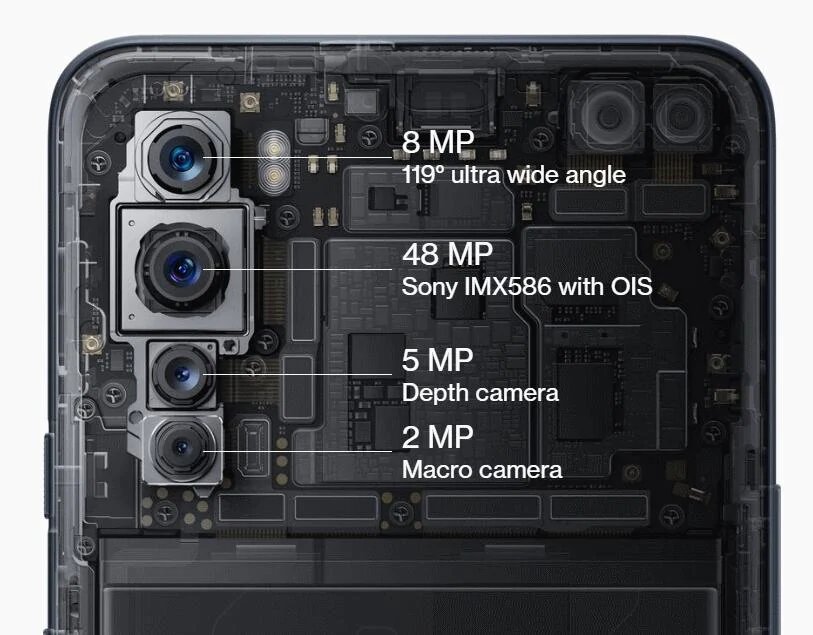 Though the Nord can capture 48MP images, its pixel binning technique keeps the default output at 12MP images. And it performs great with the nightscape mode by letting you click top-quality low-light images. The primary shooter is coupled with an 8MP secondary camera having an f/2.25 ultra-wide-angle lens with an 1190 FOV (field of view) to capture a larger perspective, a 5MP depth sensor, and a 2MP macro shooter. 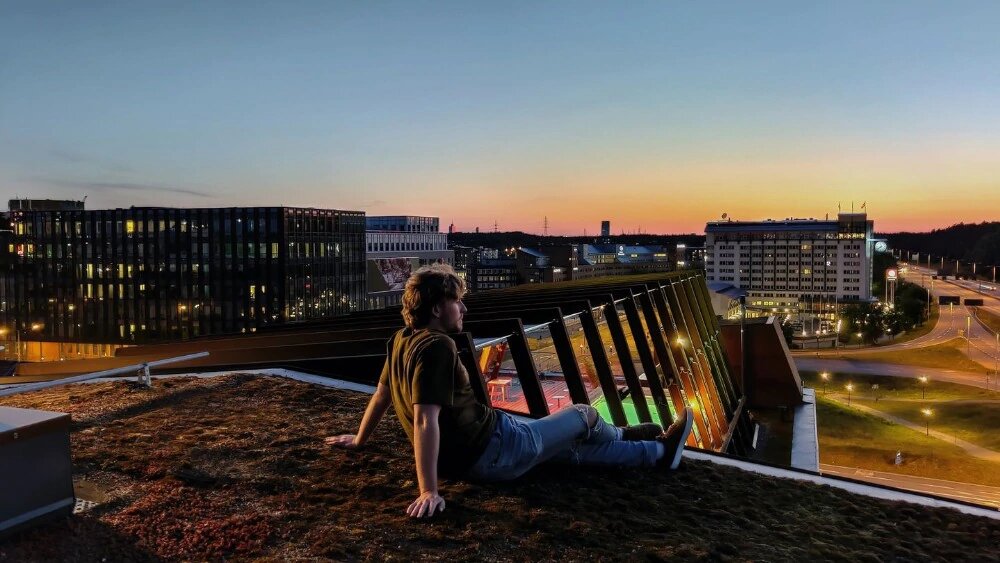 Capture Everything In One Shot

According to OnePlus, the 8MP ultra-wide camera performs better than that of some of the best smartphones available in the market by capturing solid images with negligible noise and eliminating the fish-eye effect. 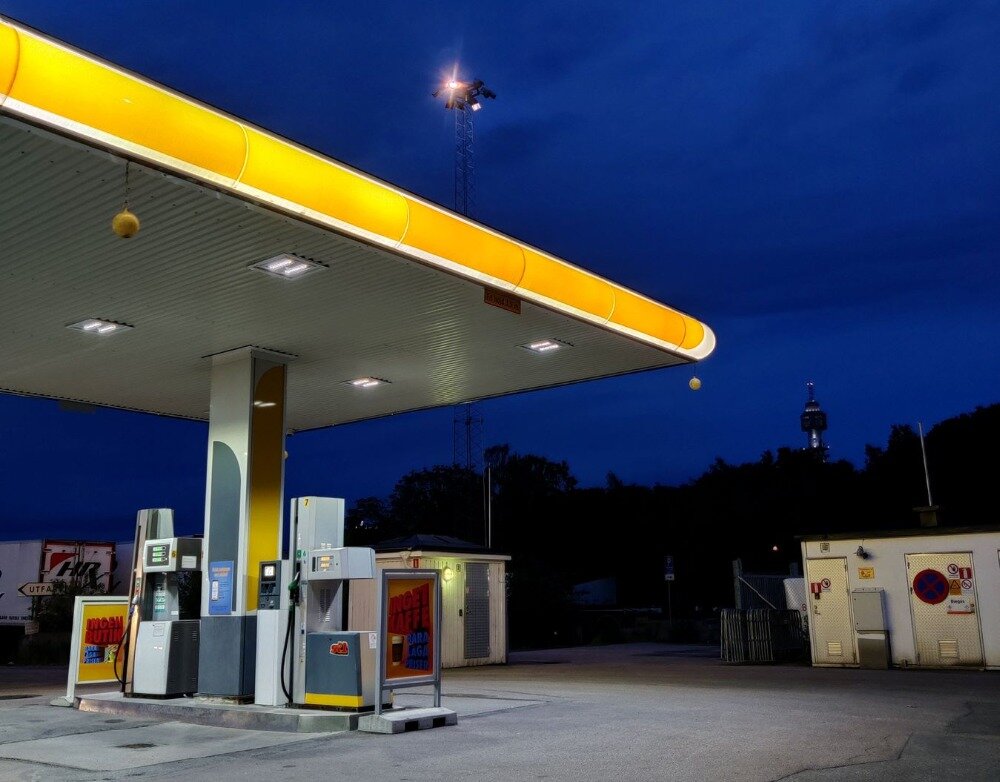 The Most Unselfish Selfie 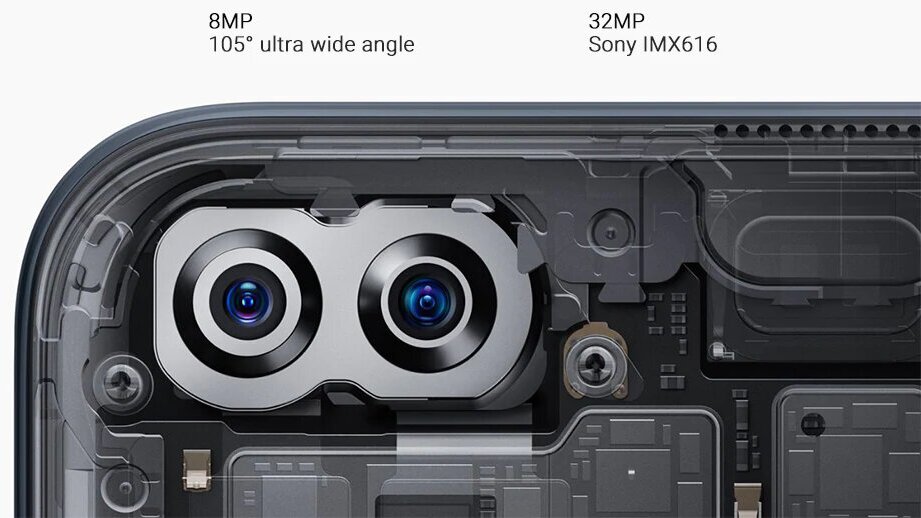 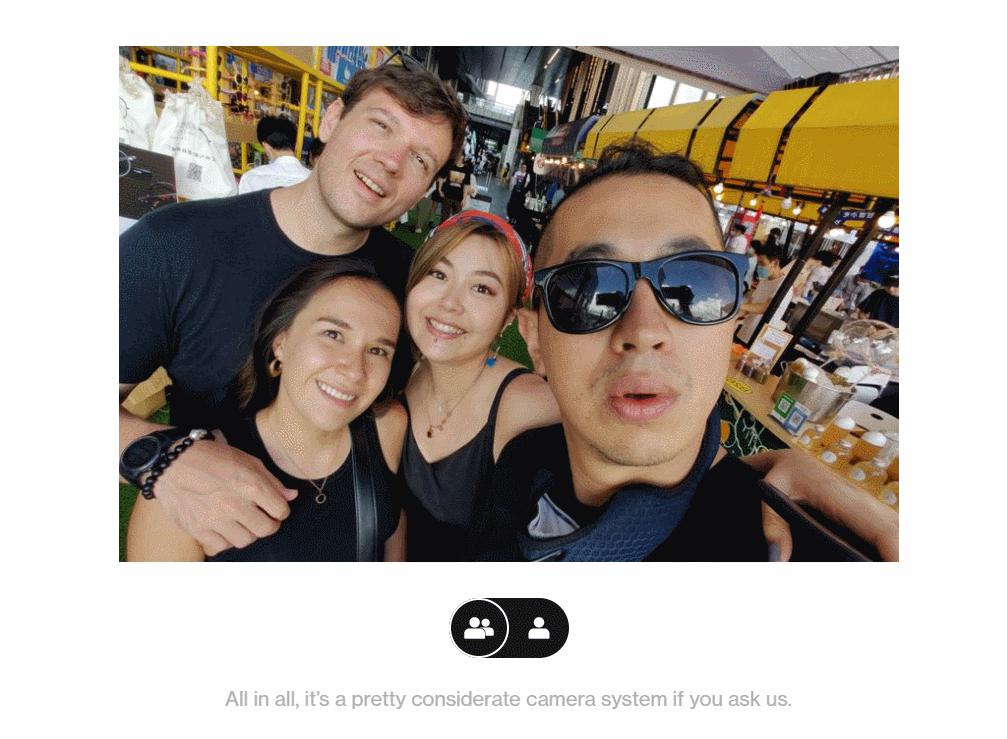 Scrolling and swiping never had it so smooth.

The Nord sports a 6.44” Fluid AMOLED screen offering Full HD+ (1,080 x 2,400p) resolution. The 20:9 aspect ratio makes it narrower (73.3 mm) and it supports HDR content, Display P3, RGB, and AMOLED wide color gamut – all are geared toward offering a vibrant and vivid experience. And with a high refresh rate of 90Hz, the Nord ensures a smoother scrolling experience.
It comes with a flat display having curved glass on top to facilitate ease of use, unlike its premium siblings that sport side-curved screen, plus Corning Gorilla Glass 5 on both sides makes the Nord extremely tougher. However, the pill-shaped front camera setup toward the left might be hidering notifications on the top left corner. 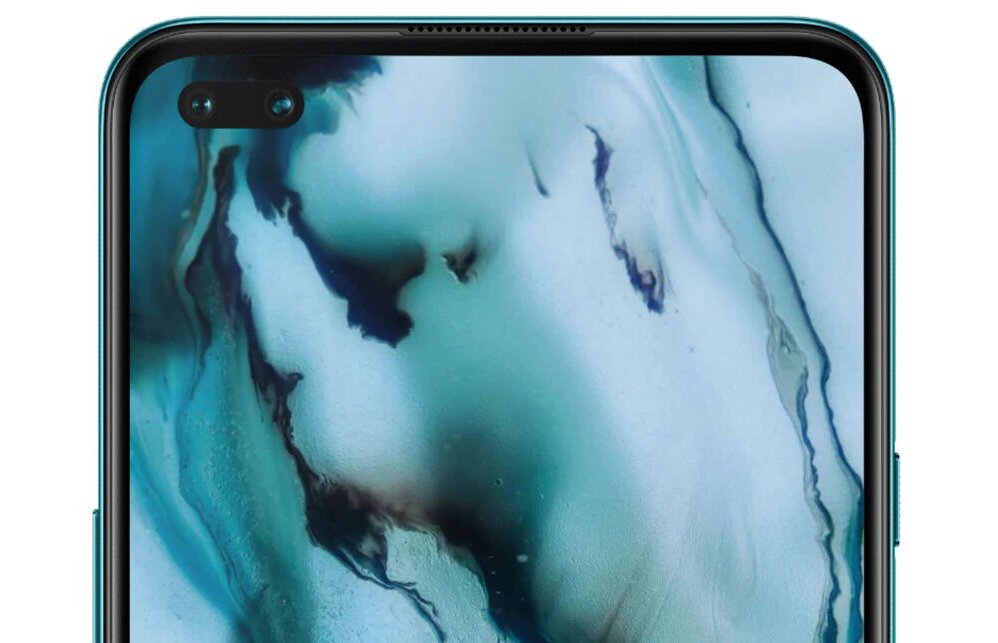 The Nord is available with the hugely acknowledged fastest and smoothest Oxygen OS 10.5 of OnePlus based on Android 10, which offers a familiar OnePlus experience. This sleek and responsive UI isn’t only better than the own stock Android of Google but comes with more than a whopping 300 separate software optimizations, according to OnePlus.

Coming from Oneplus, the Nord will get at least 2 years of software updates from the launch date. It means this phone is eligible for the Android 11 and Android 12 updates coming up later this year and in 2021 respectively, apart from 3 years of security updates. 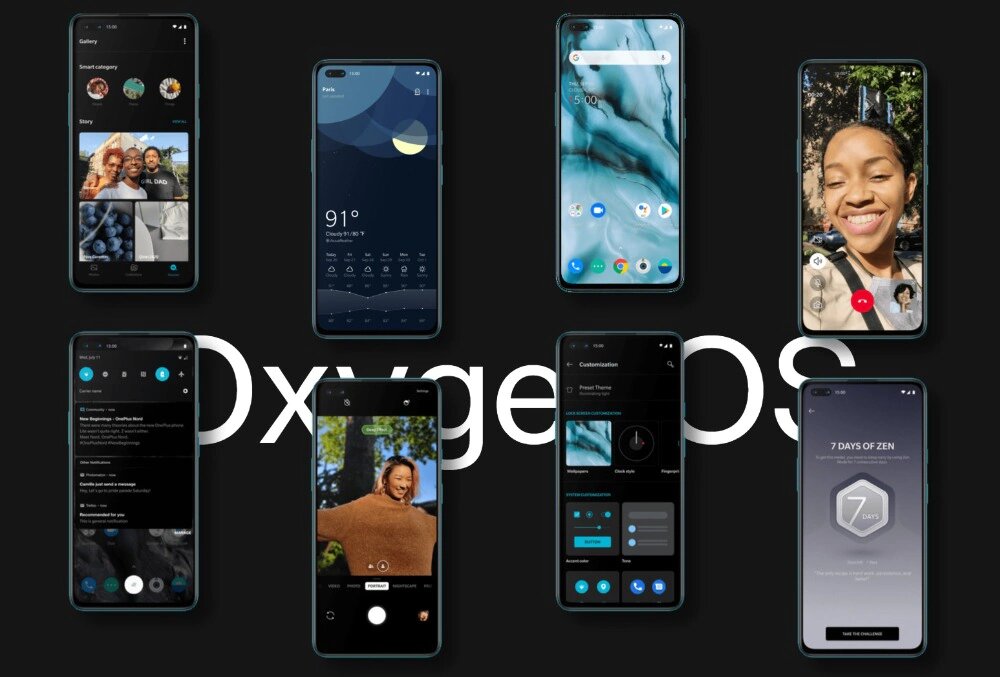 As Fast As A Dragon; In A Snap

The Nord may not perform like its elder 8-series siblings but it’s powered by a Qualcomm Snapdragon 765G chipset. It not only hits high marks in real-world tests but powers top-tier handsets such as the Motorola Edge and LG Velvet as well.
Pair this up to 256GB of storage and 12GB RAM (the base variant comes with 128GB/8GB specifications) and you get a smoother, faster yet affordable performer that won’t let you down ever – be it continuous gaming, app opening transitions, or browsing the web.

The Nord draws power from a 4,115 mAh battery which keeps it up about a day under heavy usage. Though you can comfortably play graphic-intensive games, the battery will drain quicker.
However, the phone gets charged quickly thanks to its Warp Charge 30T (30W fast wired charging). It takes about only 30 minutes to charge the battery from 0% to 70% so it can be done while you’re getting prepared in the morning.

As the Nord is powered by a 5G-ready processor, you’d be happy to know that it’ll comfortably support this next-generation wireless communication technology. So, you don’t need to buy another smartphone to enjoy 5G in the future, if it isn’t available in your area right now. 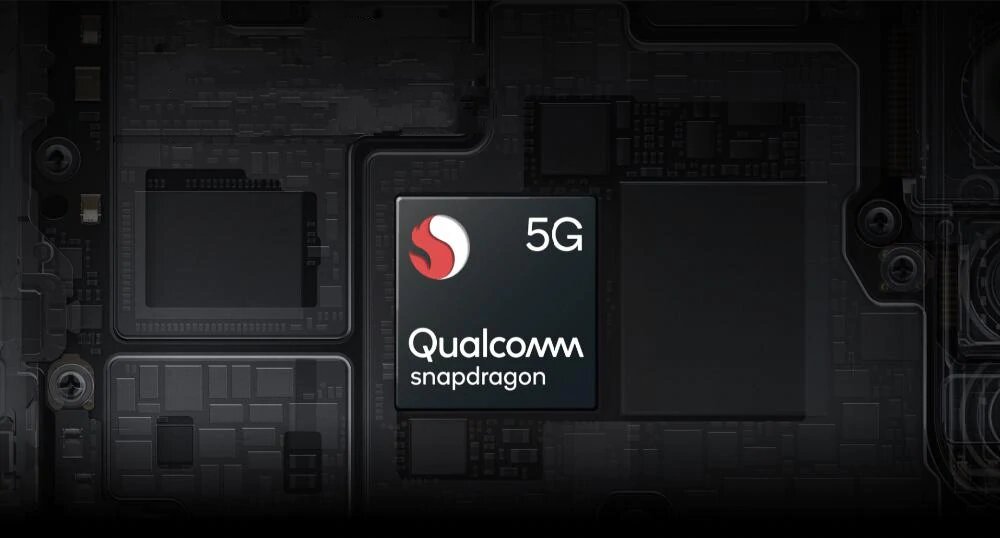