Only certain group of people can shell out the money for a top-of-the-line smartphone like the Samsung Galaxy S22 Ultra. This is where the trendsetting Galaxy A series comes into play.
The Galaxy A23 5G is an affordable choice in the trendy series When it comes to the affordable side of Samsung's mid-range series, the Galaxy A23 is a top pick. Are you curious if it's worth its price? We've researched for you and answer this question in our Samsung Galaxy A23 review! 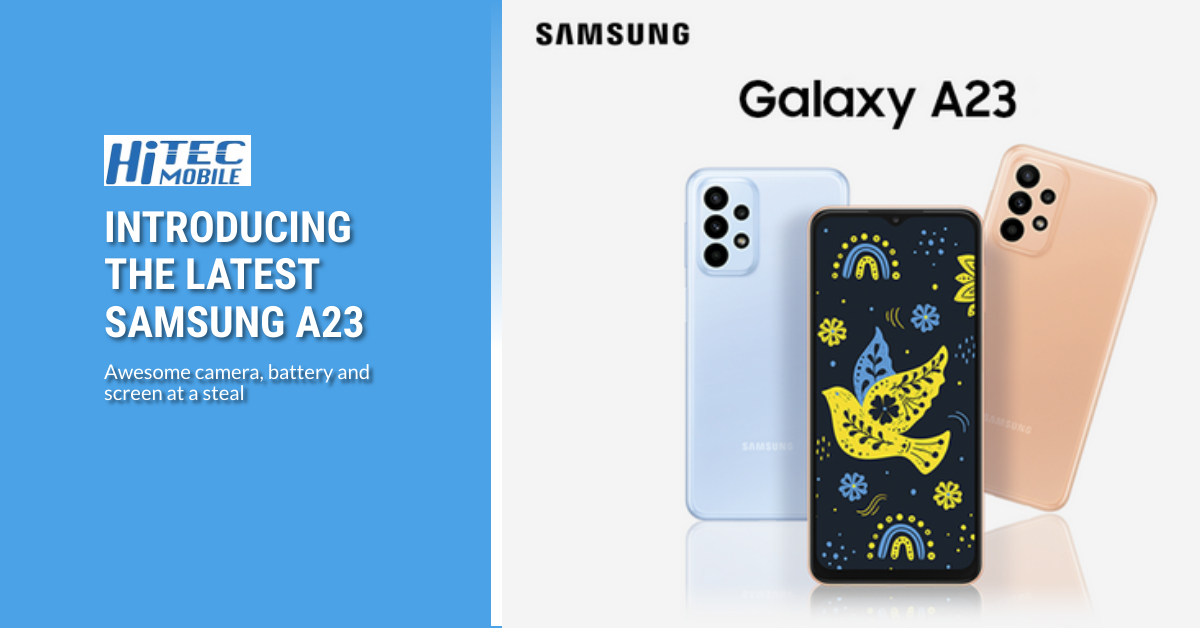 The Samsung Galaxy A23's eye-catching design is reminiscent of the Galaxy A13 and features a plastic-like back in a variety of four colours, including Awesome Peach with its subtle pink hue that helps make fingerprints less visible. The quad camera panel is located in the upper left corner of the back, completing the overall aesthetic.
Overall build quality is sturdy, even though it is obviously made of polycarbonate.

Under the hood is a 5,000mAh battery that is robust enough to last more than a day. In addition, it features 25W wired charging, a fingerprint reader and volume rocker on the right side, and a dual nano SIM and microSD slot on the left.
The Galaxy A23 5G offers a unique experience with its headphone jack, a feature that is becoming increasingly rare. This jack is located on the bottom edge along with the single speaker and USB-C port, which sets the A23 5G apart from other Samsung phones.

The Samsung Galaxy A23 5G is an affordable phone with an impressive quad camera that is unparalleled in its price range. Not only that, but it also boasts optical image stabilisation, which is usually only found on more expensive models.
The Galaxy A23 5G's camera packs a punch, featuring a 50MP primary lens, a 5MP ultra-wide angle lens, a 2MP macro lens, and a depth sensor to capture stunning images. The 8 MP selfie camera in the Infinity-notch rounds out the phone's impressive photographic capabilities.

With its 6.6-inch PLS LCD display and an impressive 1080 x 2408 pixels, the Samsung Galaxy A23 offers a stunning 20:9 aspect ratio, resulting in a captivating 400 ppi pixel density. Another great feature of the display is that it looks sharp and bright even under the sunlight. It also offers a refresh rate of 120 Hz for smooth scrolling and gaming experiences.
The Galaxy A23 is now retailing at an unbeatable price of $358 in Singapore, brought to you from Hitec Mobile.